My day begins at about 8:30 am which involved me getting ready and making sure my bag was packed. I was very hesitant but I was very skeptical because I was flying Allegiant and  had already been warned about their personal item size requirements. So, I concluded that I will make my bag fit one way or another. I decided to take the tri rail to the airport only to find out that an oil tankard had turned over which made one train be cancelled and for the passengers going my direction had to take a shuttle to the next stop which was the hollywood station. I started getting a little anxiety because I was worried about all this extra walking on my healing ankle which scared me.

The train came and whisked me away to the airport and was still considerably on time. I went to the currency exchange booth because I had left over bills that need to be changed back to US. Then I called my ex-boyfriend that works at the airport to see what he was up too. Me and his relationship is very odd but the closeness doesn’t bother me. He was sleeping so I just headed to my flight terminal. When I got there, I checked to see if my bag fit in the bag measurement contraption.

My bag did not fit in the personal item or carry on section. Well I already had my mobile boarding pass and decided today I will not be a victim of airport price gouging. I attempted to see if if I still had time to purchase the bag online for $18 but I could only do it on the return trip. So, I just made my way through TSA and rushed to get something to eat. I decided to get the beach burger from Shula Burger which has shrimp on it.

My flight was delayed but eventually we did board the flight. No one said anything to me about my bag an at first, I put I in the overhead. Than the flight attendants got on the loudspeakers  warning passengers that the overheads were only for carry-on bags that was purchased. So, I just shoved my bag under the seat and of course it fit. Allegiant and Spirit bag sizes are very similar so I had the assumption early on it would fit.

The flight I noticed didn’t have much diversity like am used to which made me uneasy at first. But once we flew over the big beautiful mountains 1 hour and 45 minutes later I was excited. Coming down the jetway I felt the cold brisk air hit  my face I hurried to the lobby and waited for my brother. He came and gave me a small tour around the area and it its breathtaking with the mountains and all the scenery. His apartment is at the top of the mountains and it was amazing.

After I dropped my things off we  went out for dinner and sat and talked about everything. The lack of diversity in his neighborhood and his decision to move to southern Georgia, business and just everything. I had gnocchi chicken soup with bread, stuffed mushrooms and eggplant parmesan with watermelon sangria. I was full and I had to get a to go box because I could not fit anymore in my stomach. So now I am kind of freewriting this all and so far, my mind is so clear here in Asheville, North Carolina. I will take care of some other projects I have from online and calling it a night for me.

My poor ankle is aching from this cold weather here and my body is aching from this couch. My brother did offer for me to lay in the bed with him but I know how he feel about my snoring and for some reason I can’t sleep in the bed with any of my family. My family seems to all think am the only snorer when they are as well. My brother is the type of snorer that has the deep almost like a vivacious animal sound. Plus, he was in a car accident almost a year and some change so I decided the couch would be fine for me and he can keep the bed. But my body is pissed with me and outside is rather gloomy today. I ate my eggplant parmesan leftovers and it was still tasty. For some reason I love eating leftovers while others throw theirs away.

Well those leftovers and tea just did not fill my belly up for long. I was downright starving waiting for my brother to get off from work. When he finally got off he wanted to just rush and for us to go inside and explore the mountains. I guess he got tired of my whining and just dropped me to the gas station to pick up a few snacks for the little trip. So, once we got the snacks we headed straight for the exit to get to the mountains.

He kept raving about him wanting me to see black mountain. Well as your driving through the mountain your elevation is going up the higher you go. I almost had a nausea feeling just looking down seeing the houses below. Some of the roads are so small and you feel every twist and turn when you are driving. But the views were breathtaking to say the least.

We even stopped to get out because they had some areas well you can park and just look down and even hike. There was lots of people hiking and jogging in those big mountains. I got to say I was so at peace and not worrying about anything. It’s like being there puts you in a whole other vortex thats unlike your current. The weather wasn’t too bad until we stopped to go for little hike. It was so chilly but the higher you go up the weather goes down.

So unfortunately, they blocked the road that would have led us directly to Black Mountain because there was still snow on the roads. So, we had to take another way by road directly to the little town instead. Once there we waited for this Thai restaurant to open, I had only eaten Thai once before but the cuisine was delish. From the ice tea to the spicy fried rice with steamed veggies. I even had Saki despite my brothers disapproving face; he doesn’t drink that much.

He is younger but somehow, he thinks he is older than me. Once we left from there we headed somewhere his friend had told him about. The place was called The Light Center which is a prayer dome in middle of beautiful nature. The office and lobby were closed but the prayer room was open. We stepped into the prayer room and took our shoes off and sat and prayed.

Once finished we went to the  labyrinth maze in the back of the dome far in the forest. With stones surrounding the maze that’s had words written on them that said somethings like light and love and some had sweet messages from people who had lost relatives or friends. We walked back to the car after a while and we both was lost for words. Something about the mountains and nature but I can’t forget about The Light Center. Now I am back at the apartment just getting all my thoughts out about the day and what I took from it. I am so calm here even my ankle/foot is feeling anew again. What will tomorrow bring?

Well it is the next morning and I got to share with you guys how well I slept. I woke up so rejuvenated and thankful for life and the new day I was blessed with. I took a hot shower and got ready for the day activities. My brother doesn’t shop for groceries much like most men so I ate leftover sake and brownies. He wanted to take me to Mt Mitchell and to see Grandfather mountain but the access had been closed due to snow ice being on the roads.

Well after a big breakfast of sirloin steak/eggs and hash browns, French toast and grits with juice we hit the road to Chimney Rock State Park. The elevator was broke so we receive a discount on the admission in. But no elevator meant we had to walk and walk. I had never been this long in nature or even imagining the idea of a hike. But we made our way up the winding stairs to the Chimney Rock and at times I didn’t think I would make it. But to my surprise my ankle didn’t give me much problems I just felt so out of shape.

But with stops we eventually made it to the top, kind of like life its hard going up but it’s easier going down because you experience the tough part already. The view was amazing up there!!! After lots of pictures and mingling with the others we went to Pulpit Rock and the grand finale was Hickory Nut Waterfalls. Which was a moderate to strenuous hike and we made it eventually to see the beautiful sight.  I enjoyed the ride to the park and the ride from it, Asheville, North Carolina has some hidden treasures that I recommend everyone to see.

My last night me and my brother just went out for dinner tonight was seafood. Seafood for me mainly because he is allergic to any type of seafood. We just talked and enjoyed each other company which was the best about the trip. My little brother isn’t so little anymore he is a grown man. Where does the time go in life ? Experiencing all that I have here with my brother I feel was good for our relationship and just good for my spirit/soul and I am overjoyed for having the opportunity to be out of my comfort zone .

Here is the vlog >>>Asheville Vlog 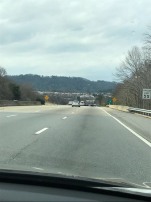 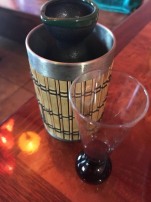 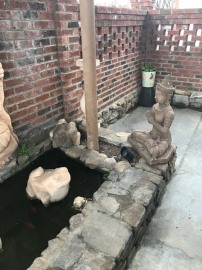 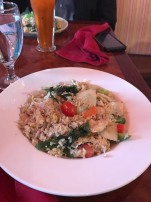 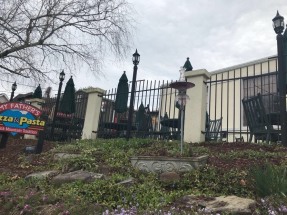 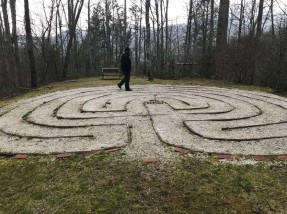 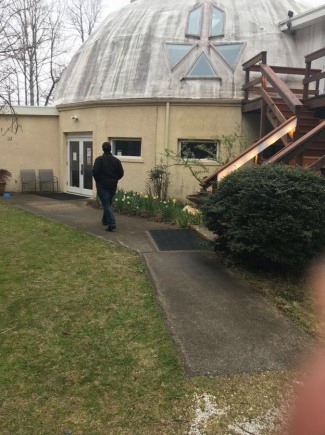 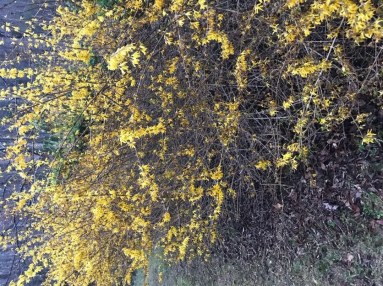 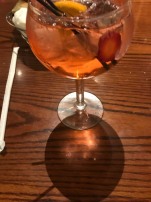 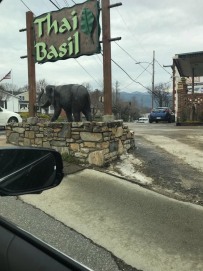 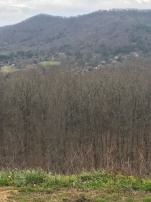 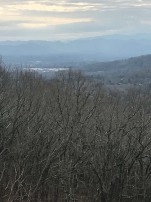 Published by A KwerkeGal Thoughts

I started this blog to connect with like-minded people and share my thoughts that I have in my quirky (Kwerke)head. Here I share those thoughts, experiences with traveling or just with life in general. I am quite in love with being a blogger and the blogging experience. Please join me with this journey and awesome experience. View all posts by A KwerkeGal Thoughts

This site uses Akismet to reduce spam. Learn how your comment data is processed.